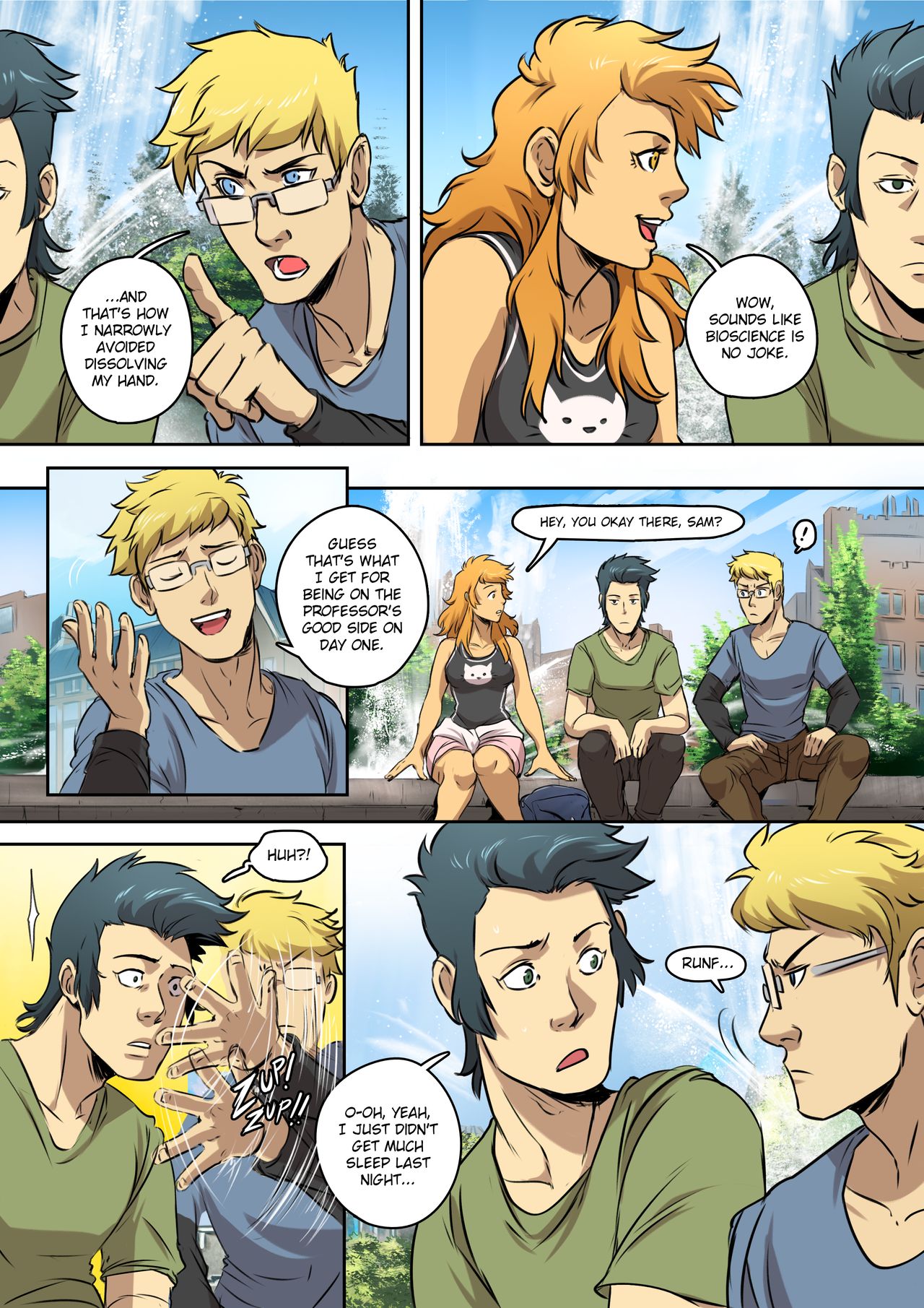 I'm uploading this slightly earlier than usual; Crash Team Racing's gonna unlock in a few hours, and I just finished Bloodstained, late last night. XD A lot has happened since page 11 was uploaded; I won't bore you with the details, but let's just say I can breathe easier with making both this comic and ACES, soon enough! :D

Anyways, yeah, now you know a bit more about Simon! Comedians sometimes go to school to have a backup career, just in case. ;)

Art (C) KarolyneRocha
The Rest (C) Someone who's glad I at least wrote a bit of ACES script stuff before these games came out. 8I
Edit Delete