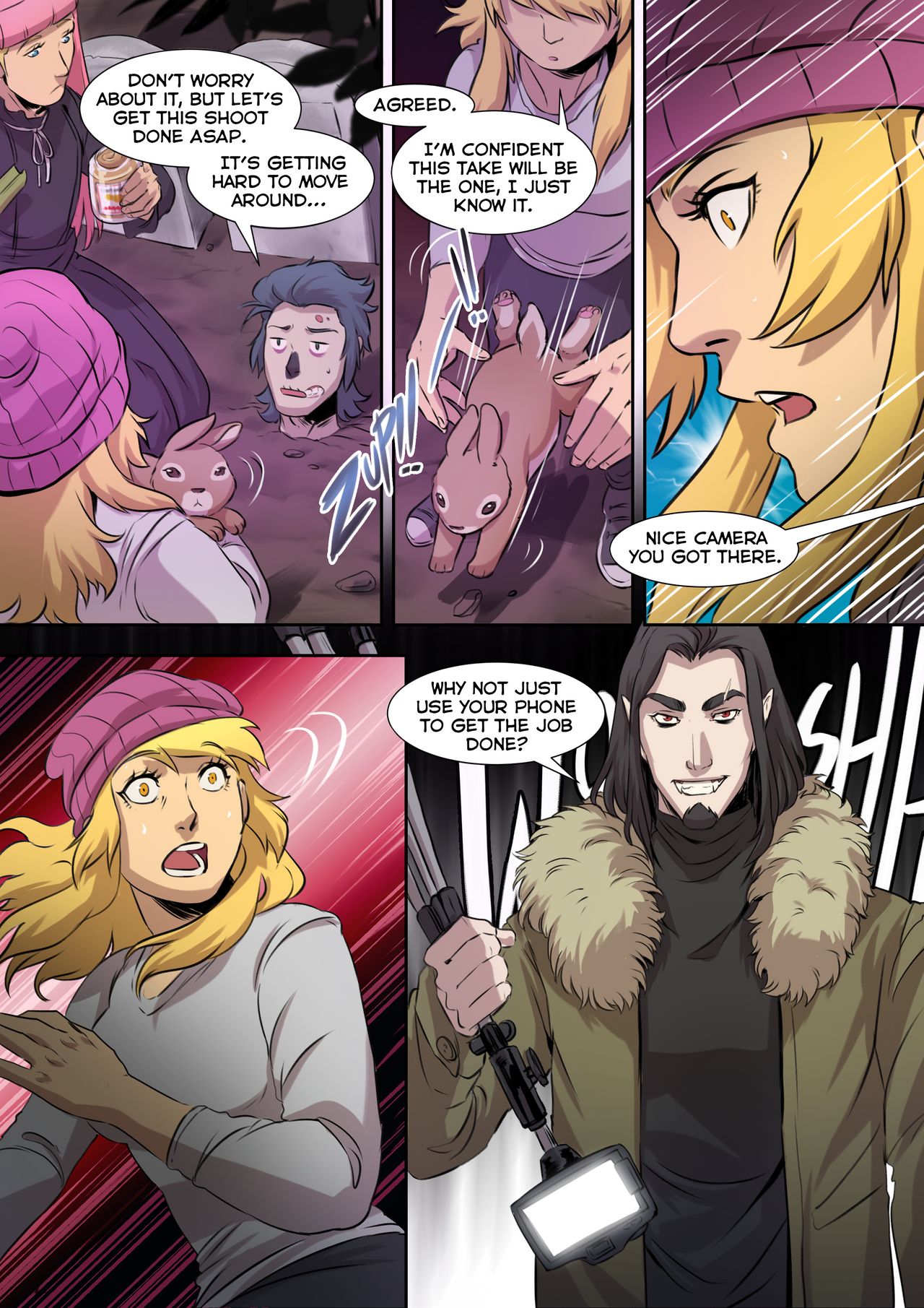 WE ALSO HAVE AN OFFICIAL DISCORD FOR MOONLIT BREW!
discord.gg/wPCT5hm


You really thought I was gonna end the chapter with a bunny, weren't you? Well, too bad. XD

So, as you might've read over on Twitter, I'm in a bit of a pickle. Some of my bigger backers on Patreon have unfortunately bowed out due to the pandemic, which has left me with only $82 per month. The bad news is that this means I will have to cut down on new page updates for the foreseeable future, starting in June, until we're able to make over $200 per month again. The good news, however, is that Karolyne has temporarily reduced the prices of her page to ensure we can update at least twice per month. Keep in mind, however, that I need to be *at least* above $80 to maintain that schedule, but hopefully things will be back to normal, soon enough.

Also, as a way to help convince more people to become backers, I'm planning on introducing ACES content to the Patreon (either later this month or in June), in addition to Moonlit Brew; I was originally going to wait until Chapter 1 was finished before doing this, but desperate times call for desperate measures. For now, It's going to mainly consist of Early Access to pages, just like with this comic, but if it's successful, I might consider including other things. ;)

The link to the Patreon is right above, if anyone is feeling generous, regardless if you read either comic. :)

Art (C) KarolyneRocha
The Rest (C) Someone who wants things to go back to normal, already...
Edit Delete

HiFranc 8th May 2020, 12:10 AM
I expected something like this (see my comment on the previous page).
Edit Delete Reply